Liyari born Saadi Abbas featured in the 16th Senior Asian Karate Championship 2019 with other compatriots in Taskent Uzbekistan.
Saadi didn’t have a victorious start to the championship as Japan’s Ken thrashed him in his first bout of 75 KG. But he was lucky enough to have a repechage where he won against Indonesian Sandi Firmansyah with a score of 4-3. After it, he lost to Bahman Ghoncheh Asgari of Iran by 0-2 in his next bout and exited the championship.
On the other hand, some other Pakistani Karate stars faced early exits. Mohammad Awais lost to Kuiwei of China by 4-7 in the 84 KG bout in his first fight. Salman Naseer also faced defeat in the 67 KG bout to Cheung Chun Hei of Honk Kong by 4-1. He then lost to arch-rival Pranay Sharma of India in the next fight.

Fellow countryman Waqar Khan also got defeated by Ramil Jayson Macaalay of Philippines 6-9 in his first fight.
Saadi still has a chance to improve his Olympic rankings as he is having three major events in the coming months. He is currently at 21 in the standings.

He is working hard to qualify for the Olympics as he said:
“I have events scheduled in Japan, Moscow and Madrid in the next eight to nine months where I will try even harder to book my spot in the Olympics. My future fights in August will decide my Olympic qualification. I am also contacting my sponsors like Toyota to support me.”

Former Asian Champion has so far bagged US Open gold medals, Commonwealth Championship gold medals and another of his recent win of a gold medal in the Omar Bin Hayder Karate Cup 2019. 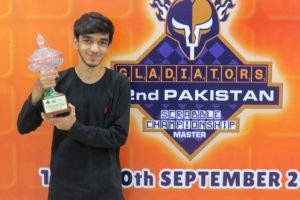 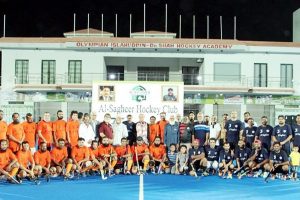