It is stated that Pakistan Squash Federation is committed for elevating Squash in Pakistan for which PSF has been spending finances worth millions eversince this committee took over PSF. As a way forward for squash revival, PSF has not only been sponsoring senior players & conducting big prize money PSA tournaments in Pakistan but has also been spending huge money on junior players just to create enough back up for future so that Pakistan squash must get on the right track of progression. In this progression, PSF also appreciates Minister IPC Dr Fehmida Mirza who stepped forward & immensely appreciated our efforts for achieving historical records in junior titles & awarded cash awards worth around Rs 10 millions. This shows that PSF is on the right track of progression but it will take some time for junior to improve at world level as Egyptians also took decades to recover.

In order to discipline players to follow specific training routines, selected Senior and Junior Players are trained at PNSA and their abilities are enhanced to make them potential players for world championships. Every facility including state of the art squash courts, gymnasium, boarding / lodging, coaches, physical tainers, etc is provided free of cost whereas worldwide the concept is pay & play.

As regards participation of Pakistan in WTC-19, performance of senior players was assessed by the General Council & it was observed that in last one year their performance as been continuously very disappointing because of poor fitness, despite PSF spending heavy amounts for PSA tournaments & participation of our players in various international events. Dir Academies Air Cdre Aftab (Rtd) kept asking senior players to train at PNSA & get into the right fitness for which PSF recently imported latest gym equipment worth millions however they kept refusing & their results are an open secret. Recently during QSF Open with prize money of $30,000 played at Qattar from 20-24 July, 19 our top 6 senior players participated out of which 4 got washed out in 1st & 2nd rounds whereas both Tayyab & Asim Khan lost in Qtr Finals. World Team Championship is a big event for which players train for continuously 2 years to get into the required form & they perform whole year to prove that they are ready to represent their country. On the contrary, the approach from most of our senior players is quite disheartening and they are not willing to take the responsibility and put in their efforts to bring glories for Pakistan despite huge support from PSF.

Based on the above facts, final decision was taken by the PSF General Council not to send Team in World Team Championship to be held in December 2019 in USA. The matter is not about financial investment as being wrongly quoted in various electronic & print media, its about the performance & commitment of senior player which has created this situation of pulling out of this Mega Championship. Our players must understand that it is the matter of immense pride to represent Pakistan but it must he with dignity to add pride to our glorious past & not just show our attendance. 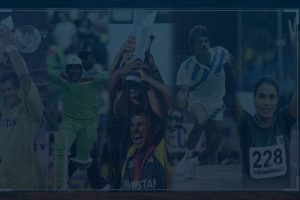 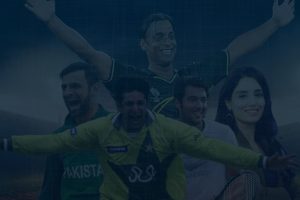