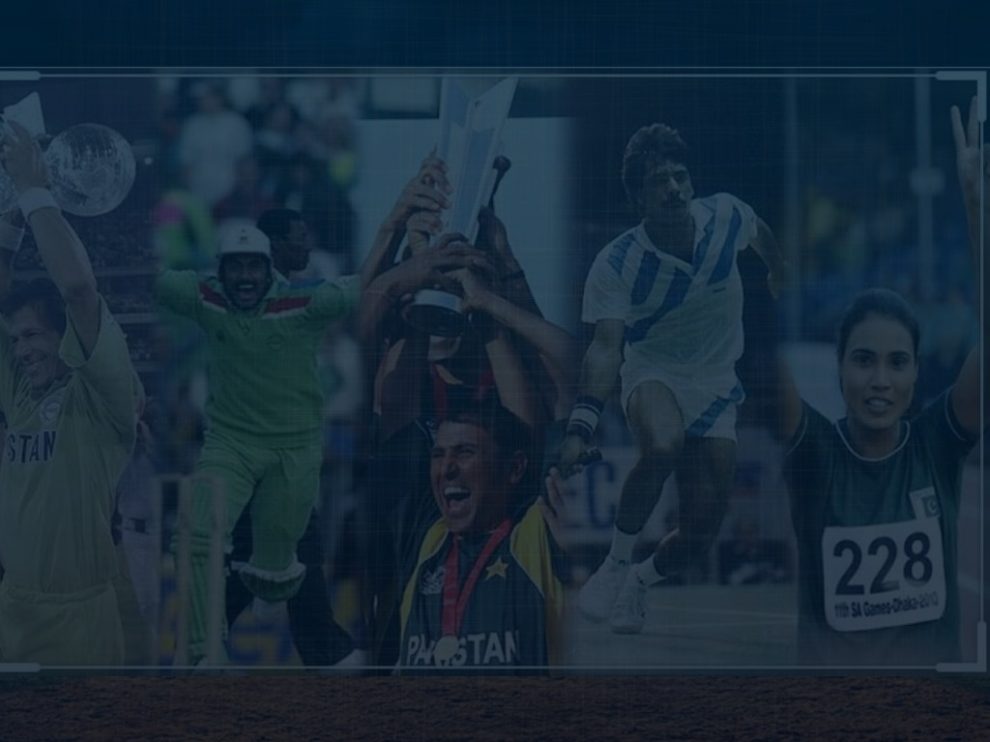 The Sportsfever360 looks back at Pakistan’s glorious sports history

On this Independence Day, The Sportsfever360 looks back at the biggest achievement of Pakistan’s sporting history, where the athletes from different sports made this nation proud!

In Melbourne Cricket Ground under Imran Khan’s captaincy and his last ever ODI match Pakistan won the cricket World Cup for the first time in the history. Imran khan playing the major role in victory scored 72 runs giving a target of 250 to opponent England.

Seventeen years later, once again, this time under the leadership of another Khan, famously known as Younus, Pakistan claimed the highest prize in the shortest format of the game.

In 1971 the first-ever Hockey world cup tournament took place, hosted by Spain including ten teams. Pakistan lifted the world cup trophy defeating the host team Spain by 1-0 in the final under the captaincy of Khalid Mehmood.

The seventh Kabaddi world cup was hosted by Pakistan for the first time in Punjab Stadium Lahore in February this year. Pakistan won the first World title in the history defeating the defending opponent India. Pakistan beat the defending champion and six-time winner India with the score of 43-41.

Aisam-ul-Haq in 2010 US Open Doubles Final

Pakistan’s tennis star Aisam ul Haq Qureshi made the history in 2010, becoming the first-ever Pakistani to reach for such a level of any Grand Slam event by qualifying for the  Final of Mixed Doubles of US Open 2010.

Pakistan’s Squash hero Jahangir Khan known worldwide as greatest ever sportsman holds many records as he is unbeaten in 555 consecutive matches over 5 years and 8 months from 1981-1986 – the longest winning streak of any sportsman winning 10 times British open champion and six-time world champion.

Most number of World open titles

Pakistan’s Jansher Khan is the undisputed master of the World Open with eight titles to his name.
While doing the honours, the Peshawar-born athlete also equalled the record of Jahangir Khan for most successive World Open titles, when he lifted the trophy five consecutive times from 1992-1996.

Arshad Nadeem Javelin Thrower in South Asian Games 2019 in Kathmandu Nepal won the gold medal for Pakistan with a distance of 86.48m. With this victory for Pakistan, he also qualified for the 2020 Tokyo Olympics and became the first Pakistani who qualified directly to the Olympic Games.

Naseem Hameed from Karachi became the fastest South Asian woman when she won a gold medal in South Asian Games 2010. She is commonly known as “The Queen of Tracks” because of her outstanding victory.

Mohammad Waseem Pakistani professional boxer known as Falcon has a record of 10 victories in total 11 fights of boxing career. He won the gold medals for Pakistan in World Combat Games 2010 China. He is only Pakistani boxer player who qualified for flyweight category Final.

Evo 2019 tournament held in Las Vegas of United States including 8 players of 4 countries and Pakistan’s Arslan ‘Ash’ Siddiqui made history and became the first-ever national player who won the Tekken 7 Championship at Evolution Championship Series.

Mohammad Asif represented Pakistan in many international tournaments. Last year he made Pakistan proud as he won the IBSF World Snooker Championship 2019. He also won the same tournament back in 2012.

2019 South Asian Games took place in Nepal and Pakistan’s performance in the games was remarkable despite lack of practice and preparation. Pakistan’s performance was as follow: 132 medals (total), 32 Gold, 41 Silver, 59 Bronze. Out of 32 Gold medals, 14 were only in martial arts, 5 in athletics, 5 in weight lifting, 3 medals in wrestling and 1 in shooting and squash each.

Pakistan’s street child team secured the third position and won bronze for Pakistan in Street child World cup 2014 as they lost to Burundi in semifinals.