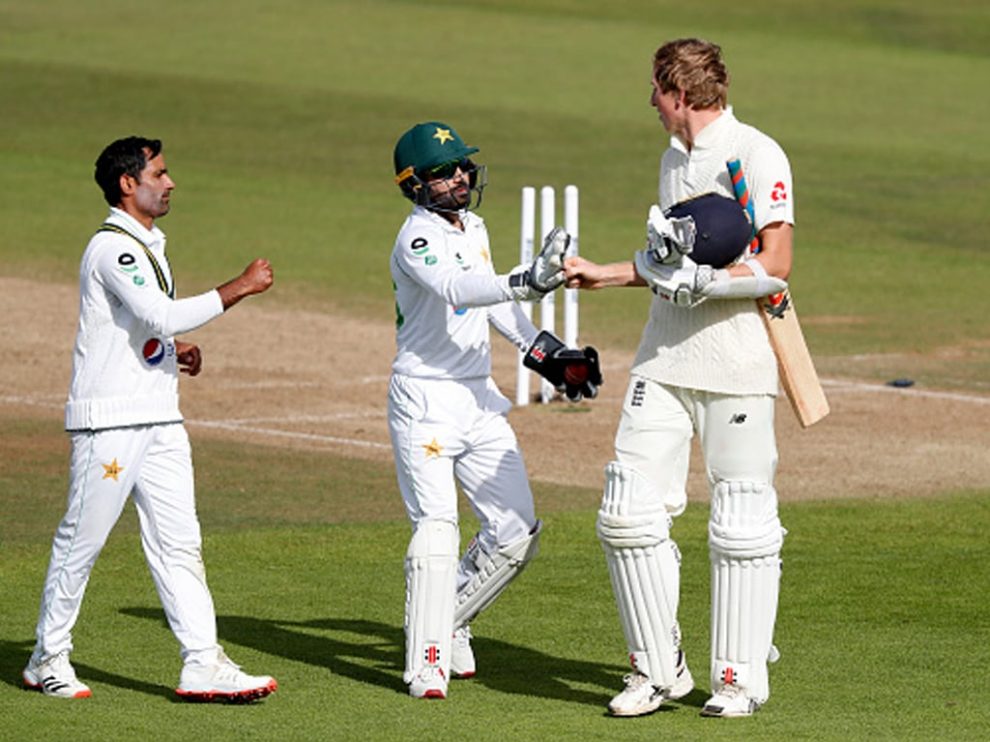 Some of the most respected and credible voices in cricket have thrown their weight behind the Pakistan men’s cricket team despite their 1-0 defeat in the ICC World Test Championship series against England, which concluded in Southampton on Tuesday.

Summing up the series for the PCB digital, Nasser Hussain, Shane Warne, Michael Holding, Michael Atherton and Isa Guha recalled their favourite moments, spoke about the quality of cricket played by Pakistan in the unprecedented environment, players that impressed them and the future that lays ahead for the side.

Naseer Hussain, who captained England to series win over Pakistan in 2000, said: “It has been great that the Pakistan team have come over. Can you imagine having to make that decision to come over to England, which was full of coronavirus? They have played pretty well.

“They may have been one batsman short, but they have got a good young bowling attack.

“The best moment of the series for me was when the Pakistan players went up to Zak Crawley to congratulate him on his double hundred. All the legends on the balcony stood up and congratulated him and even Wasim Akram in the commentary box gave him a little clap.”

The 22-year-old Crawley scored a career-best 267 to help England recover from 127 for four to 583 for eight declared. Azhar Ali scored 141 but couldn’t save his side from follow-on. After being dismissed for 273, Pakistan were 187 for four when the rain-hit third Test ended on the final day.

“The series has been played in good spirits and it is great to have Pakistan.

“They have always been a great team: one minute up, next minute down. But they are very watchable.”

Michael Holding, who was known as the ‘whispering death’ during his distinguished career, remarked: “Well, Pakistan coming up to England this year looked pretty good at times.

“I thought they should have won the first Test match. They made a couple of mistakes in the field, but I have been really impressed with the fast bowlers, the young fast bowlers. One is 20 (Shaheen Shah Afridi) and the other is 17 (Naseem Shah).

“Remember the two ages together and they are still younger than James Anderson.

“So, give them some time, they certainly have some talent. They will develop and they (the team) will have a good pair of fast bowlers for the future.”

Shane Warne, who played 15 Tests against Pakistan including three in 1994 in Pakistan, said: “First of all it is fantastic to see Pakistan over here in England. They should have won the first Test.

“They are such an exciting team to watch. They are well captained by Azhar Ali and it was lovely to see the spinners, especially, Yasir Shah, doing well and the young fast bowlers, the 17-year-old (Naseem Shah) and the 20-year-old (Shaheen Shah Afridi).

“I think it is a very exciting time for Pakistan cricket and they are a very good side.”

Michael Atherton, who scored 125 in the 2000 Karachi Test, said: “First of all, we are all grateful to Pakistan for coming here. It’s been very difficult for both the West Indies and Pakistan players to spend a lot of time in the bio-secure bubble. They have played competitive Test match cricket throughout.

“They (Pakistan) are not going to go away with a series win, but I think the cricket has been very competitive throughout.

“The highpoint would have been a hundred by Azhar Ali, a brilliant 141 that showed his character and resilience in difficult circumstances and they clearly have got some good young fast bowlers which should see Pakistan going well in the future.”

Isa Guha, who played eight Tests, 83 ODIs and 22 T20Is for England and also won the ICC Women’s World Cup 2009, said: “Pakistan showed a lot of character. It would have been disappointing in that first Test match when they probably felt they were in a winning position, but I think (Chris) Woakes and (Jos) Buttler played beautifully.

“The way rain and bad light affected that second game, I was really impressed by the bowlers: Shaheen Shah Afridi outstanding, Mohammad Abbas outstanding and it was so good to see the young Naseem Shah, he will keep learning and he has got some amazing people around him to keep learning from as well. Hopefully, he enjoyed his time over here.

“Yasir Shah, well he is a lovely bubbly, feisty character and we love to see him play.

“And, when it came to batting, Babar Azam looked super classy, as ever, and Azhar Ali showed tremendous character in the final Test match with a Test match on the line and the chance to get championship points and some pressure off his shoulders.

“I thought he (Mohammad Rizwan) played beautifully. He was simply outstanding, I know it ended up being a drawn second Test, but he was superb in that game.”