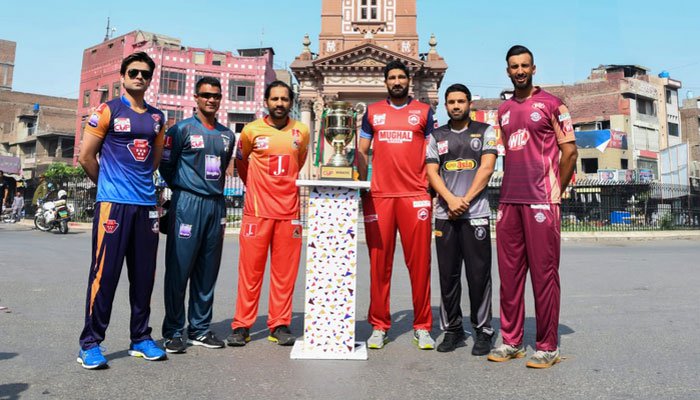 Providing maximum opportunities for the best domestic performers to display their talent and stake their claim in the franchise and national sides underpinned the Pakistan Cricket Board’s 2020-21 domestic events calendar, which was unveiled today.

In a major shift from previous years and taking into account the upcoming three white-ball global events, the PCB has decided to hold First XI matches of the National T20 Cup and Pakistan Cup One-Day Tournament, and National U19 One-Day Tournament on a double-league basis. This will guarantee each side a minimum of 10 league matches in the three white-ball competitions before the top four sides in the senior events will progress to the semi-finals, followed by the final, and the top two sides in the juniors’ event progressing to the final. 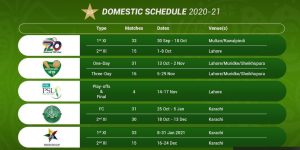 The National T20 Cup will be the curtain-raiser of the season, with matches being held in Multan and Rawalpindi from 30 September to 18 October, while the National U19 One-Day Tournament will be played in Lahore, Muridke and Sheikhupura from 13 October to 2 November.

The National T20 Cup and the National U19 One-Day Tournament have been scheduled at the start of the season to enable all the top performers to have the opportunity to attract interest from the franchises prior to the HBL PSL 2020 draft in November.

The Pakistan Cup One-Day Tournament will be played from 8-31 January, after which the domestic season will conclude with the PCB’s marquee event, the HBL Pakistan Super League 2021, starting in February.

Four-day first-class matches will start from 25 October and the event will conclude with the five-day final starting on 1 January. Second XI three-day matches will be played from 18 October to 13 December.

Due to Covid-19 precautions, travel for players and officials will be restricted for all Quaid-e-Azam Trophy matches during the 2020-2021 season, resulting in all matches being played at grounds in Karachi. In addition, staging the tournament in Karachi will help mitigate the risk of bad weather conditions, such as fog and dew, seriously intervening in matches at that time of year.

While finalising the domestic cricket calendar, the PCB has also taken into consideration the commencement of the holy month of Ramadan, which is likely to start around 15 April.

The schedule of events will be further populated after the confirmation of Boys U13 & U16 and women’s events, HBL PSL 2021 and home international series against Zimbabwe and South Africa.

Director – High Performance, Nadeem Khan: “In the uncertain Covid-19 situation, I am pleased that we have been able to put together a complete domestic cricket schedule, which is challenging but will contribute significantly in getting the best out of all the players that, in turn, will uplift the quality and standard of our home cricket.

“There has been a strategy and vision behind preparing this schedule, and the most notable is the increase in number of white-ball matches at the senior and age-group level. This has been done after taking into consideration our teams’ current international performances and rankings in white-ball cricket as well as to looking into the future, while also providing optimum chances to the deserving and budding cricketer to thoroughly show their mettle and impress the national selectors.

“The increase in number of matches will not only provide a fair and equal opportunity to all the talented players, it will increase their earnings – something that we have been very mindful and careful about since the revamp of the domestic structure.

“In the past few weeks, the High Performance and Domestic department has been flat out as evident from recent announcements, including appointment of coaches, domestic teams, match officials and now the schedule. This required full support of the logistics and operations team as together we remain committed in providing a comfortable and good environment to the players so that they can excel on the field of play.

“Now that the teams and schedule have been confirmed, I expect the respective coaches to start planning their season as usage and rotation of key players will be integral, also in the background that some of the star players may not be available throughout the season due to their international commitments. But this will surely provide other players with opportunities to step-up and take responsibility and make names for themselves.”