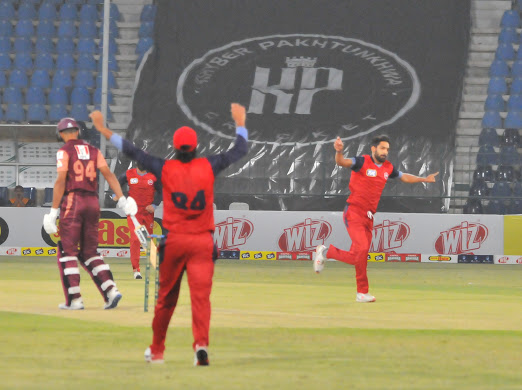 The first day of the National T20 Cup saw some scintillating batting from youngsters; Zeeshan, Haider & Abdullah Shafique. The second day saw some interesting and thrilling stuff too, as the first game was played between Baluchistan and Sindh.
Baluchistan opted to bat first, with Sindh started the bowling with Asad Shafiq, as Awais Zia took a great liking to his bowling by smashing him 14 in the first over. Imam was run-out for 10, while Awais made a quick 25. Bismillah remained top scorer with 58 off 42 balls, while 25 from Haris took Baluchistan to 180/8. Sohail picked up 24/1 in 4 overs.

Chasing a rather easy looking target, heavyweights of Sindh were jolted early on as Sharjeel and Khurram were dismissed for 10 & 14. Saud drove three handsome boundaries but was undone by Ammad. With the required rate of over 9, Sarfaraz and Asad built on to take Sindh at 86-4, where the former skipper departed for 20. Asad Shafiq perished for 32, as Sindh required 60 in 5 over’s, Sohail Khan blasted 31 off 16 balls, but couldn’t take Sindh home, Baluchistan won the thriller by 2 runs. Amad picked up 39/3.

The second game of the day was played between the defending champions Northerns and South Punjab. Shadab opted to bat first for Northerns, as the exciting opening pair of Ali Imran and Zeeshan Malik couldn’t get going this time. Zeeshan was undone for 11. Ali Imran made an impressive half-century, while Shadab promoted himself up the order to smash three sixes in his cameo of 28. Haider made 28 too, While Asif Ali and Nawaz lifted momentum to take 203/5 in 20 overs. Zahid Mehmood picked up 35/3

Chasing 204, Southern Punjab were jolted early on, as Shan was dismissed for 1 by Haris. Zeeshan and Umar tried to build on as they added 70 runs stand in 7 overs, as Zeeshan made a valiant 73 off 37 balls, Umar Siddiq made 33. But no one else contributed to the cause, Hussain, Khushdil, and Aamir felt cheaply as Southern Punjab were bundled out for 176/9 in 20 overs, losing the game by 28 runs & handing Northerns their second victory of the tournament. Haris Rauf 24/4 in 4 overs.

Bismillah Khan an emerging talent from Balochistan scored a responsible half-century against Sindh
Cricket has finally returned to Pakistani stadiums, as the National T20 cup 2020 started with a bang
Comment