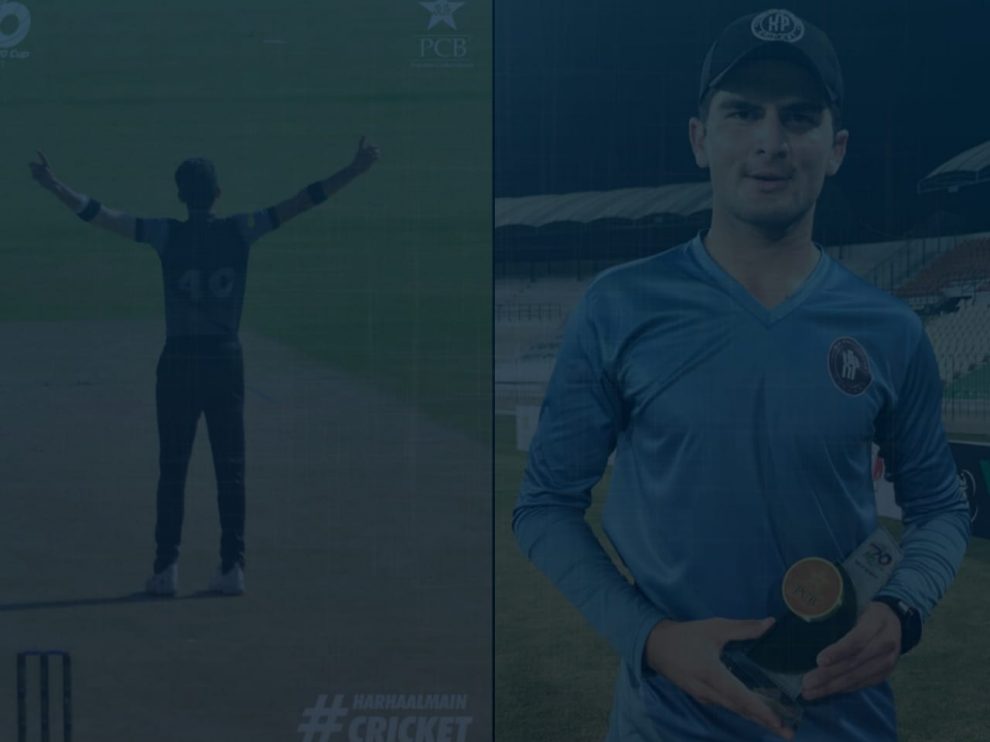 Shaheen Afridi spearheaded Khyber Pakhtunkhwa’s dominant performance with a destructive spell of bowling that accounted for five Sindh batsmen. After restricting Sindh to a modestly competitive total of 183-7, KP cruised to the target at the expense of two wickets and an over to spare.

The highlight of the day belonged to Shaheen, who kick-started his reign of terror with an unplayable yorker to remove Khurram Manzoor in the second over of the innings. With five for 21, Shaheen became the first Pakistan bowler in the history of T20 cricket to register four five-wicket hauls in the format. Only Lasith Malinga has more five-wicket hauls (5) and the Sri Lanka pacer has gathered them in 295 matches, 239 more than Shaheen’s.

Shaheen claimed 5/21 in the #NationalT20Cup earlier 👏

He has now taken 3️⃣ five-wicket hauls in his last 5️⃣ T20s 🔥 pic.twitter.com/nbEZXEFksI

Shaheen got the wicket of the in-form Azam Khan as the batter was deceived into chipping a slower delivery straight to the fielder at mid-off.

Shaheen’s marvellous start was neutralized by aggressive Strokeplay from Sharjeel Khan, who did not shy away from taking the aerial route and depositing the ball beyond the fences. Shaheen added two more to the wicket’s column including another well-directed yorker to vanquish Sohail Khan.

Alhumdulillah, all praises are for Almighty Allah SWT. This hat-trick was not possible without the prayers of my parents. I am grateful to everyone at @hantscricket family for the opportunity and unconditional support. A heartfelt thanks to all my fans around the world.#TheEagle pic.twitter.com/TT4baxrBo0

Reflecting on his and the team’s performance, Shaheen told pcb.com.pk: “When I was walking in the middle before the start of the match, I had a clear aim in mind that I have to stick to my in-swing bowling and hit the hard length.

“I am grateful to the Almighty that I have been able to gather four five-wicket hauls in such a short span of matches.

Shaheen finished with astounding figures of five for 21, his third five-wicket haul in five matches and the second-most (4) for any bowler in T20 cricket.

Fakhar’s carnage was dwarfed by a blistering knock from Hafeez, who plundered four sixes in his unbeaten 42-ball 72. Fakhar also reached his half-century in KP’s successful chase and was later removed by Anwar Ali, allowing Iftikhar Ahmed to come in and hammer the final nail in the coffin for Sindh.

Iftikhar struck three towering maximums in his swift contribution of 40 runs as KP claimed their third win on the trot.

The second match of the day was played between Balochistan & Central Punjab team. Balochistan registered a narrow three-run win over Central Punjab in the 12th game of the National T20 Cup. Abdullah Shafique, played a standout performer for the side with the bat as he made 54 from 41 balls with six fours to his name.

Imam ul Haq top-scored once again with 80 off 55 deliveries with the help of eight boundaries and a six. Veteran fast-bowler Umar Gul returned with figures of 4-37 in his four overs and got man of the match award.