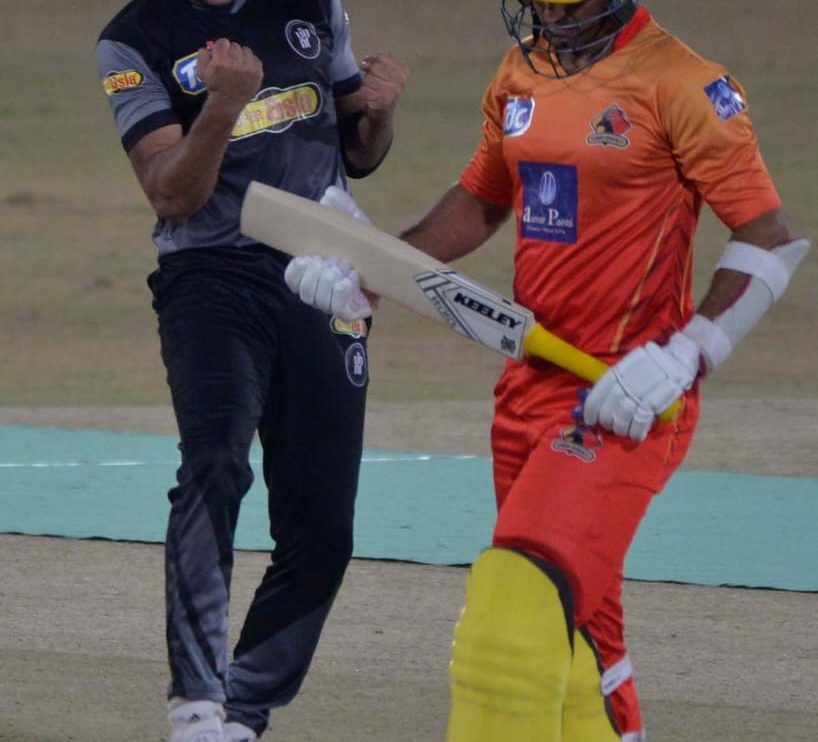 Imad’s Northern boys batted first, but in-form Zeeshan was dismissed early on for 17. Ali Imran made 50 off 35 balls before being dismissed by Zahid. Zahid then ripped off Northern’s batting by dismissing Haider and Asif Ali in quick succession, as Northern was reeling at 87/4 in 12 overs. Shadab and Imad got together for the 5th wicket stand, and added some quick runs, as Shadab remained unbeaten at 48 off 27 balls, while Imad made 19 to help Northern reach 160/5 in 20 overs. Zahid picked up 28/3

Chasing 160, Zeeshan and Shan provided a brilliant opening stand, as both helped their team cause by scoring steadily. Zeeshan made a half-century off 29 balls, while Shan’s half-century came off 38 balls. Zeeshan was dismissed for 55. While Shan’s unbeaten 78 off 55 balls, helped Southern Punjab to knockout Northerns in the 19th over. Shan Masood was named Man of the Match.

KPK took on the energetic Sindh in the 2nd Semi-Final of National T20, as Sarfaraz’s Sindh batted first, with Shaheen disturbed Sharjeel’s timber early on for a duck. Asad Shafiq was undone for 1 by Imran Khan, while Azam was run out for a duck, as Sindh found themselves reeling at 10/3. Sohail Khan was promoted up the order, but he couldn’t get going too, as he was dismissed by Imran Khan for 9. Sarfaraz’s demise came for 4 only. Khurram Manzoor and Danish tried to rebuild the innings, as Khurram made 74 off 57 balls, while Danish made 39 off 27 balls, as Sindh ended up at 142 in 19.5 overs. Imran Khan picked up 19/2

Chasing a modest total of 143, Fakhar and Rizwan provided a sensational opening stand, Fakhar made 57 off 29 balls, while Rizwan made 67 off 50 balls, as KPK jotted down the target in 15 overs, with 8 wickets in hand, and made it to the Final where they’ll face Southern Punjab.