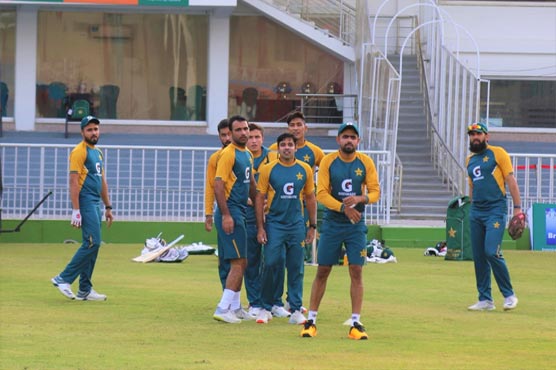 Pakistan is all set to face Zimbabwe in the first ODI on Friday, as Pakistan’s skipper Babar Azam announced 15 man squad including following players;

Shadab Khan, will be missing out because of his leg injury, while Abdullah Shafiq and Haider Ali won’t feature in the side as well. While Babar, hinted at playing Usman Qadir in place of Shadab Khan. Earlier, Babar Azam addressed a presser, where he talked about youngsters; Haider Ali and Abdullah; I’m impressed by the way both of therm plays, Haider is aggressive, while Abdullah takes sometime to get settled. Babar said that Pakistan has developed a complete plan against Zimbabwean side and they won’t take them lightly.

While Zimbabwean captain Chamu Chibhabha is all in good spirits and hoping that his side will make great impact against Pakistan, Chibhabha toured Pakistan back in 2015, where he scored his career best 99,Chibhabh said that his side is relying on youngsters, as well as experienced players like Taylor and Williams.

Ehsan Mani hopeful for England’s B team tour of Pakistan.
Wesley Madhevere is all excited to showcase his talent against Pakistan.
Comment