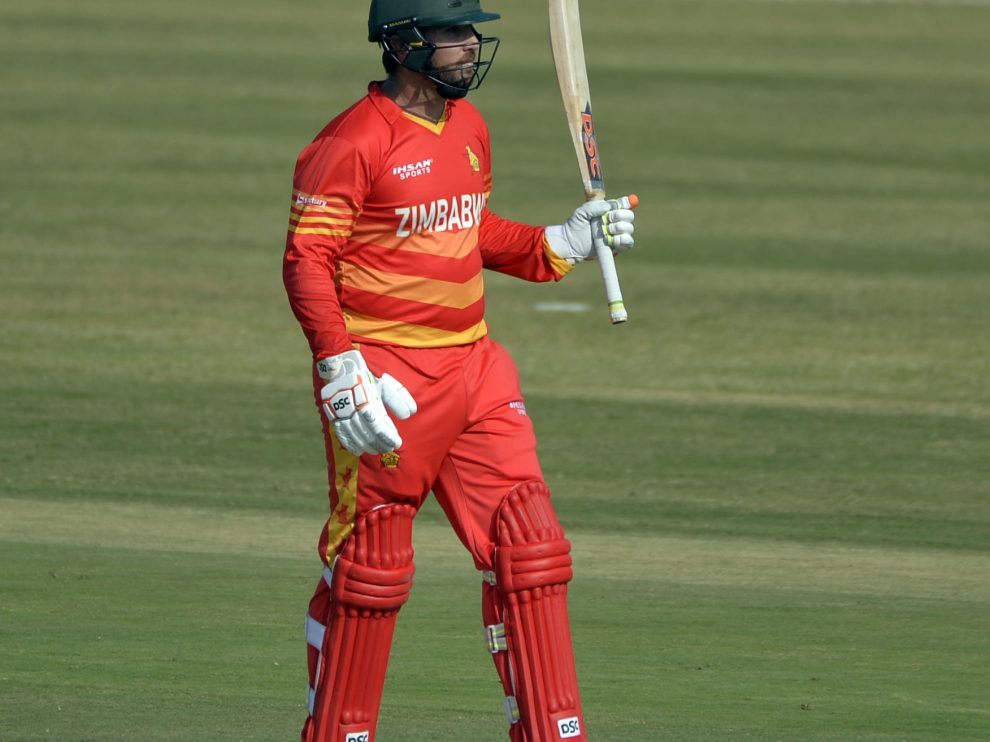 The third One-Day International of the already decided ODI Series begun at Rawalpindi Stadium, with Zimbabwe opted to bat first after winning the toss. Husnain made an early breakthrough for Pakistan, by removing Chibhabha for a duck, Ervine was dismissed for 2 off Husnain, he then dismissed Chari as his third wicket with Zimbabwe reeling at 22/3 in 8th Over. Taylor and Williams got together for a fourth-wicket stand by adding 84 runs in 18 overs. Taylor was dismissed off Husnain for 56, as Williams continued his runs flow, he raced to his century off 112 balls. Madhevere made 33 off 31 balls, before being dismissed by Husnain for 33, handing Husnain his maiden Fifer in ODI. Sikandar Raza joined Williams and added a quickfire 45 to help Zimbabwe put on 278/6 in 50 overs. Williams remained unbeaten for 118 off 135 balls. Husnain picked up 26/5

Chasing 279, Pakistan were jolted early on as Imam was dismissed for 4 by Muzarabani. Fakhar was dismissed for 2 off Ngarava. Haider smoked three boundaries in his knock of 13, before being trapped in front by Ngarava. Rizwan made a steady 10 off 26, as Tiripano got the better of him. Babar kept his fine form going as he made a half-century off 64 balls. Iftikhar showed some intent early by scoring a couple of boundaries but was soon dismissed for 18 by Tiripano, as Pakistan was reeling at 88/5, Khushdil and Babar got together for 6th wicket stand, by putting up 63 runs. Khushdil was dismissed 33 off Muzarabani. Wahab Riaz joined skipper Babar AZAM, as Pakistan needed 129 in 19 overs. Babar and Wahab steadied the ship for Pakistan by adding 100 for the 7th wicket, Babar raced to a sensational hundred off 102 balls. Wahab’s half-century came off 51 balls, as Pakistan needed 32 off the last 4 overs, as Wahab perished for 52. Shaheen joined Babar, with Pakistan needing 24 off the last 3 overs, but Babar’s dismissal for 125 slid Pakistan to a tie in the last over, as Pakistan made only 2, while Zimbabwe chased down in 3 deliveries, as Pakistan won the series 2-1.

Babar hinted at more debuts in T20s against Zimbabwe.
Ehsan Mani hopeful for England’s B team tour of Pakistan.
Comment